Shanghai Shenxin Plastic Machinery (SSPM) participated in the “PROPAK Africa 2019 exhibition” (held once every 3 years) on March 12th - 15th, 2019 at the Exhibition Centre in Johannesberg, South Africa. The newest invention of SSPM "Platform air bubble film machine" and "Coreless rewinder for air bubble film/PE foam" was introduced and be loved by a large number of visitors. This exhibition has achieved a complete success. 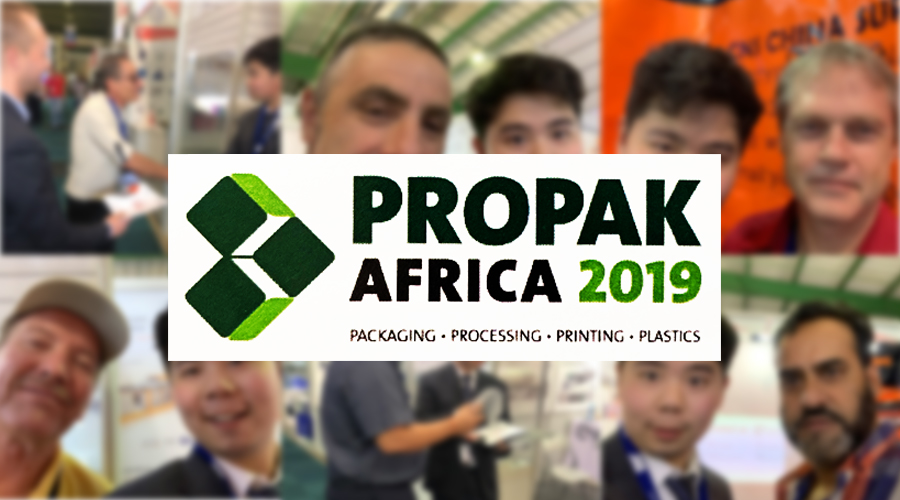 PROPAK Africa 2019 has grown with Africa's packaging industry for more than 30 years. It has grown to become Africa's largest packaging trade exhibition and has played a positive role in the development of Africa's rubber and plastics industry. This exhibition gathered about 4,000 exhibitors and welcomed over 180,000 visitors from more than 40 countries and regions. The largest exhibition hall has the largest number of exhibitors, the first day of the exhibition attracted 5,1980 people to visit, which was an increase of approximately 29% compared to the number of visitors on the first day of the 2016 PROPAK Africa 2019 exhibition. The total traffic volume of this exhibition has reached more than 250,000.

Shanghai Shenxin Plastic Machinery (SSPM) is located in the H5C48 area at this Exhibition. SSPM owns an original factory specializes in producing air bubble film related machines for 27 years. Its high quality, cost-effectiveness, and personalized customization are its unique charms, it is also why it has been developing well in Shanghai for 27 years. Combining technology and creativity, the platform air bubble film machine and coreless rewinder at this exhibition attracted the attention of countless visitors and attracted a constant stream of visitors to consult and discuss. The daily traffic volume of SSPM reached an average of 2000 daily.

With the acceleration of urbanization and the rising consuming power of the middle class, the demand for merchandise packaging in China and overseas continues to grow. At the same time, more and more manufacturers began to enter the air bubble film production industry. Especially, the sales champion of air bubble film products on Taobao platform is SSPM's loyal customers and always trusts SSPM's air bubble film machines. SSPM is honored for the success of its client business.

In 2019, SSPM continued to innovate, introduced high-tech talents at abroad, and automated processing technologies to continuously improve the quality and production capacity of air bubble film machines, to make machines' automation level higher, saving more labor costs and material costs. Now SSPM has achieved one worker can operate with 1-hour training and one person can look after 2-3 air bubble film machines at the same time, which greatly saves labor costs. In addition, the high precision of molds produced by SSPM's original factory can make the thinnest air bubble film, to let the cost per unit area is the lowest. With the new high-stability electric control and sensors, the machines' mechanical structure are designed to be reasonable. It is also very convenient for the later maintenance of the air bubble film equipment.

The exhibition brought a large number of orders for SSPM, even several were traded directly on the day of the exhibition, and many old customers once again trusted in the purchase, allowing SSPM to continue a small step on the road to internationalization. Shenxin will also strive for excellence, and further strive to create a higher performance and higher automation of air bubble film equipment, which also let SSPM more confident to bring China's high-quality air bubble film machines to the world.